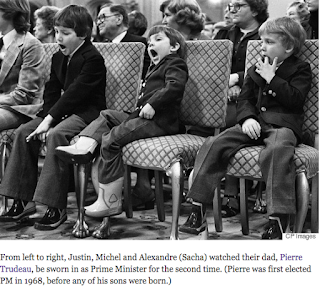 Some excellent resources are available, if you want to learn more.
Our classrooms are full of young children who see themselves in the world around them. Seeing our most powerful governing bodies become more representative of them and their families can give them a lot of hope. They can see themselves in positions of power. Starting in their classrooms and school buildings, they need to see a more valued and diverse population of leaders. Why do we need to do this now? Because it's 2015.
Posted by Shauna Pollock at 18:16